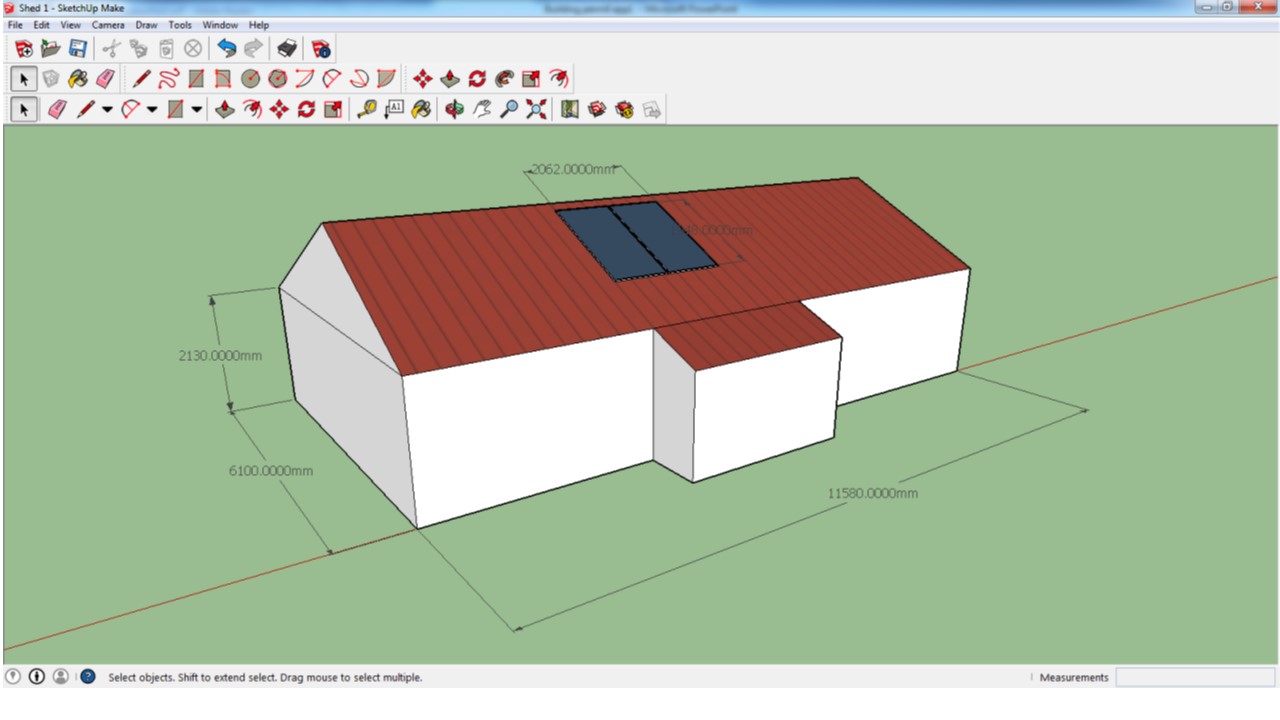 The aim of this project is to significantly reduce the amount of fossil fuel required to provide adequate heat and hot water to one of the farm cottages by a utilising a sustainable technology not yet widely adopted by other in the Falkland Islands.

North Arm farm has been operated by Falklands Landholdings Corporation Ltd. (FLH) since 1991. There are 16 domestic properties at North Arm settlement providing housing for employees. All the domestic properties in the settlement have their heating and hot water supplied by diesel fuelled boilers. The diesel is transported by road over 90 miles from Stanley.

A 2 panel Solar Thermal Array is installed facing north roof of the cottage; the roof is at an angle of 25°. It is estimated the array will provide 3200kW of heat per year. It is predicted this will reduce the running time of the boiler by 580 hours a year, saving around £725 per annum.

After the decision was made to install the array on the roof of cottage 4, we contacted the Falkland Islands Government Building Advisor to find out it any permits were required for the installation. The building advisor was very helpful and informed us that the array would not require planning permission but would require a building permit. The form was very easy and quick to complete and was submitted along with a drawing of the building and map of the settlement. Very quickly we received the approved building permit.

With all permissions in place the array was ordered in November 2016 through the local installer and supplier PowerSense.

The system was delivered to the Islands in early March 2017, but due to the capacity of local tradesman the system is hoped to be installed before the summer starts in 2017. The installation is estimated to take less than a week with help from the farm employees. The total cost of the installation is estimated to £5,200; if the system generates as predicted the payback will be 7.2 years.

The Solar Thermal project installation has been delayed due to the unavailability of skilled labour. The Installation of the array is anticipated to be within the next month, so that the system can benefit from the solar energy on the long summer days.